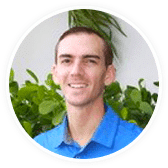 Daylight savings time, when the clocks spring forward one hour, was initiated with the purpose of making better use of daylight hours. For many, this means working longer hours or having more leisure time to spend outdoors. But for most, it simply means loss of sleep.

The Monday morning heading back to work after daylight savings can be tough and for some, it can take a few days to adjust to the time change. Though the lack of sleep is often discussed around the water cooler, plenty of people fail to realize that daylights savings can also increase the risk of a workplace injury.

A study on mining injuries in the U.S. found that workplace injuries grew by 6% the Monday after daylight savings time. The injuries were also much more severe, and increased the number of work days lost due to injury by 67%. Productivity also dwindles as further research suggests that workers also tend to “cyberloaf” and engage in non-work-related activities more frequently on the Monday after daylight savings.

Researchers at Johns Hopkins decided to determine how the loss of one hour of sleep impacted drivers. After analyzing 21 years of data from the National Highway Traffic Safety Administration on fatal car crashes, it was revealed that the number of accidents increased. The average number of accidents increased to more than 83 on Monday after daylight savings, compared to 78 on a typical Monday.

The study did not indicate an increase in crashes on the Sunday after daylight savings, but that is likely due to the fact that many do not have to go into work early in the morning on Sundays.

In 1996, a Canadian study also found that the change in time resulted in 8% more accidents.

Why Do Accidents Increase?

It should be no surprise that the loss of sleep is the biggest culprit in the increase of accidents. The changes can cause a driver’s reaction time to slow while on the road. Additionally, for some drivers, the changes can mean driving while the sun is setting, which can lead to limited visibility.

Limited visibility, limited sleep, and an increase in the number of pedestrians out and about can be disastrous. In Florida, the number of car crashes from February to March 2015 jumped by 13% and then decreased once again in April.

To prepare for a rough Monday after the clock change, be sure to get enough sleep the day before and continue healthy sleeping patterns to adjust to the changes faster. Also, drive carefully. If you're unable to avoid being involved in a crash, visit a car accident chiropractor to document your injuries to ensure you receive medical benefits, and to begin to heal from your injuries.