What is the Chiropractic Activator Technique? 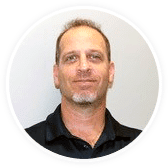 The Activator Method is one of the most widely researched chiropractic techniques, with nearly 600 people searching for more information each month. Offered as a treatment for those suffering back and neck pain, as well as headaches, the Activator Technique is a fantastic complement or alternative for traditional chiropractic adjustments.

If you've been curious about this world-renowned treatment option, continue reading for everything you need to know before making an appointment.

What is the Activator Technique?

Also referred to as the Activator Method Chiropractic Technique, the Activator Technique delivers controlled and reproducible impulse force to vertebrae (the small bones that make up the spine) as well as the joints that connect them. While originally the Chiropractic Activator was a spring-loaded instrument, it has evolved into an electronic tool which delivers a mechanical force. Both forms of the instrument are known for delivering targeted and gentle impulses to the spine.

What is the Purpose of the Activator Technique?

The Activator Technique is known as a softer, or more gentle method of spinal manipulation. As opposed to a traditional chiropractic adjustment, which uses the hands to manually manipulate the specified vertebrae or joint, the Chiropractic Activator handheld device completes the action on behalf of the chiropractor. Of course, a chiropractor is still the one holding and controlling the device, however, the impulse delivered to the targeted area is derived from the mechanic force of the Chiropractic Activator as opposed to hands.

When a vertebra or joint shifts out of its respective alignment in the spine, the bone will intrude on space in the spinal canal that's designated for nerve and blood flow. The intrusion of the misaligned structure creates a blockage that can impinge on nerve roots, creating sensations of pain and numbness. Chiropractors refer to this misalignment as a subluxation.

The Activator Technique produces enough gentle force to shift the subulaxation back into its respective alignment within the spine without causing further injury.

How Does the Activator Technique Work?

When a patient is experiencing a subluxation in the vertebrae or spinal joints, the resulting side effects can radiate throughout the entire body. In addition to compressing spinal nerves, a subluxation can create significant inflammation which can limit range of motion and create stiffness. Surrounding muscles and tendons which are connected to the vertebrae or joint will shift along with the bone, altering posture and creating a tight, painful sensation.

The Activator Technique uses gentle impulses to nudge the subluxation to its correct place within the spine, releasing pressure from spinal nerves and eliminating the strain from spinal muscles. The Activator gives off no more than 0.3 J of kinetic energy in a 3-millisecond pulse. This process is more rapid than a manual chiropractic adjustment but is just as targeted, and can be repeated as necessary without causing injury.

How Does a Chiropractor Know Where to Use the Activator?

To administer the technique, activator chiropractors compare functional leg lengths. Even when not evident to the naked eye, a subluxation in the vertebrae will contract muscles so that the overall posture is altered throughout the body. Activator chiropractic doctors ask a patient to lie flat and complete a series of muscle movements, such as moving their arms in a certain position in order to activate the muscles attached to specific vertebrae.

When leg lengths are not the same, that is taken as an indication that the subluxation is located at that vertebra. Your activator chiropractic doctor will move progressively along the spine in the direction from the feet toward the head, identifying problem-areas as he or she goes.

Who Can Benefit from the Activator Method?

By correcting subluxations in the spine, the Activator Method can help to restore motion, combat inflammation, and alleviate pain. Likewise, the Activator can remove blockages in nerve flow, restoring proper function and sensation to the affected area. Much like a chiropractic adjustment or spinal manipulation, the Activator Technique can benefit those with back or neck pain as well as chronic headaches.

What Are the Risks of the Activator Technique?

The more gentle approach of the Activator Technique carries very limited side effects. However, as with manual chiropractic adjustments, those with low bone density, at-risk of bone fracture, or suffering osteoporosis should speak with their doctor before seeking the activator method of chiropractic.

As those with such disorders are at a high risk of bone fracture, even the low impact of the Activator can pose a danger. Otherwise, your ChiroCare of Florida physician will administer a physical examination, review your medical history, and will likely request medical image testing to have a detailed picture of your health before performing any type of spinal manipulation.

Where Can I Receive Treatment?

The Activator Technique is a treatment administered by most ChiroCare of Florida physicians, and is even a favorite among a few for its low-impact effectiveness. If you're located in the South Florida area and are interested in the activator method of chiropractic for your ailments, make an appointment at any of our 11 offices:

If you've been suffering back or neck pain, or symptoms related to subluxations such as digestive pain, headaches, insomnia, or sprains and strains, don't hesitate to visit our offices. Contact ChiroCare of Florida today to make an appointment.

About the Author:
Dr. Michael Levine
Dr. Michael Levine has been helping patients live pain free for over 20 years. His family-oriented practice focuses on getting every member of your family well. He is passionate about helping his patients maintain a state of wellness. Dr. Levine also educates families on what it takes to be healthier, and provides workshops in and out of the office to keep you up to date on the latest medical news.
More Posts by Author