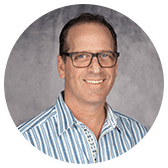 Ear infections are an unfortunate, all-too-common source of pain for children. About 35 percent of all pediatric visits in the U.S. are for a suspected ear infection.

Eustachian tubes, which link the nasopharynx to the middle ear, are more level and smaller in children, which makes it difficult for fluid to drain out properly. A respiratory illness can swell or block the tubes, which increases the risk of an ear infection.

These infections can sometimes occur before a child has developed their speaking skills, which is why it is important to watch for signs of an ear infection, such as:

While your first instinct as a parent is to take them to their pediatrician right away, new evidence suggests there is another medical professional you should seek out.

If a child, or even adult, has a misaligned spine, chiropractic care could be a treatment option. An adjustment may help your body heal without the need for surgery or medication.

Two studies have noted that chiropractic treatment can help children with ear infections, and may even work better than medication. The Centers for Disease Control & Prevention actually notes that antibiotics are not recommended for children with recurring ear infections.

A study published in 1996 revealed that a majority of the children in the study saw improvements in their recurring ear infections. Forty-six children under the age of 5 completed three sessions of chiropractic treatment for one week, followed by two treatments the second week week, and then one treatment during the final week.

The next year, a larger study involving more than 332 children under the age of five was completed. Depending on the type of ear infection the child was suffering from, the number of sessions completed varied. Children with chronic ear infections received more adjustments that those with acute infections.

Researchers found a solid correlation between the chiropractic adjustments and the recuperation of the children from their ear infections.

Taking care of your child and curing their ailments is always a priority. Seeking out a chiropractor could prove to be a great alternative to treating their chronic or current ear infection.

About the Author:
Dr. Michael Levine
Dr. Michael Levine has been helping patients live pain free for over 20 years. His family-oriented practice focuses on getting every member of your family well. He is passionate about helping his patients maintain a state of wellness. Dr. Levine also educates families on what it takes to be healthier, and provides workshops in and out of the office to keep you up to date on the latest medical news.
More Posts by Author