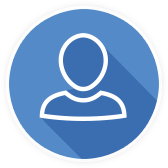 Dr. Daniel D. Deane was born May 15, 1969 just outside of Washington D.C. in the suburbs of Adelphi, Maryland where he was a 4 year letter winner and McDonalds All-American in Basketball at High Point High School.

Highly recruited by the nations top basketball programs, Daniel signed a scholarship to attend a little known Division I Men’s Basketball program in Fairfax, VA, named George Mason University. While there, Daniel and his teammates won the schools first NCAA tournament bid into the field of 64 in March of 1989. Although they would go on to lose in the first round to the Indiana Hoosiers coached by Bobby Knight, Daniel’s team would finish the season a very respectful 21-9. His teams amassed a cumulative winning percentage of .700% during his 4 years of competition and he was named first team Academic All-American in the Colonial Athletic Association in the spring of 1990. In 2006, fifteen years removed from the program, the George Mason Patriots Basketball team would go on their historic NCAA tournament run and first ever Final Four appearance, losing to the eventual Champion Florida Gators.

Following 2 years of service at a local outpatient rehab center near his home in Bowie, MD, Daniel altered his career path drastically, moving to the Atlanta, GA area where he took a job as a Clinical Director just two years removed from his studies. It didn’t take long there for Daniel to aspire towards opening a clinic of his own and so the Per4mance Golf Medical & Sports Clinic was born in the fall of 2000. Here, golfers of all skill levels and handicaps could go and have their golf swings analyzed, as well as a complete physical analysis performed to help determine problems which may be hindering their performance on the golf links. In 2002, Daniel sold the rights to his practice and moved yet further South to Tampa, Florida where he began a small consulting company Per4mance Rehab & Consulting. The company was developed to assist various health care practices throughout the state, enhance profitability through training in: Strategic Marketing, Budget/Analysis, Proper Hiring Strategies and Billing/Coding strategies. Daniel continues his consulting of select practices on a part time basis as time allows even today.

Upon relocation to Ft. Lauderdale, FL in 2003, Dr. Deane founded the Spine Institute at South Florida Physical Therapy in the spring of 2004. Over the past 7 years in practice, his clinics have developed a stellar reputation within the communities of North Miami Beach, Hollywood, Sunrise and Pompano Beach, Florida. Dr. Deane’s continued educational experiences have allowed him to be fortunate to study under the two most prominent “Masterminds” in the art of Manual Therapy, Dr. Phillip Greenman and Dr. James Dunning, receiving Certifications in Manual and Spinal Manipulative Therapy from both Michigan State University and the Spinal Manipulation Institute respectively. With his continued knowledge and growth a must, Dr. Deane completed his doctoral residency at Arcadia University in Glenside, PA in May of 2011.

During his personal life, Daniel enjoys hobby’s that include playing: Beach Volleyball, Jet Skiing, Boating/Fishing, Golfing, Jujitsu/Kick Boxing, Bike Riding, Chess, and Texas Hold’em. He currently resides in the downtown Ft. Lauderdale area, where he has lived for 15 years with his wife Lauri and son Leo 5yo. As a family, they enjoy going to Walt Disney World 3-4 times per year and exploring the world together, always looking for new adventures on the horizon.

“And in the end, it’s not the years in your life that count. It’s the life in your years. ~ ” – Abraham Lincoln

With over 20 years of practice, Dr. Deane is well-versed in a variety of physical therapy treatments to help patients return to daily life. His decision to pursue physical therapy resulted from hours and hours of time spent in the Athletic Training Room in college, rehabilitating himself after multiple ankle fractures. The techniques he uses to achieve wellness include:

Is Your Pain a Symptom of Something Serious?

Back HealthHerniated DiscNerve PainPain ReliefSciatica
A majority of Americans suffer back pain at some point or another during their lifetime. Yet, nine out of ten patients never ...
Read More

Chiropractic Adjustment and Other Services That Work Well Together

AcupunctureBack HealthE-Stim TherapyMassage TherapyPain Relief
Chiropractic Care can consist of so much more than just a spine alignment, and ChiroCare of South Florida offers a wide array...
Read More

Can a Chiropractor Help?

ArthritisBack HealthBulging & Slipped DiscsFAQGood PostureHeadaches & MigrainesPain ReliefSciatica
Can a chiropractor do...? It's one of the most common questions in the book. Patients are always curious as to what a chiropr...
Read More
View More Posts
Subscribe to our Newsletter
Get the latest news about treating back & neck pain straight to your inbox.