6 Unexpected Ways You Can Get a Herniated Disc 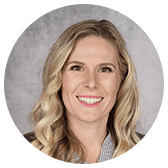 A herniated disc is one of the most common spinal conditions that can urge a patient to see a chiropractor. And unfortunately, it can happen when we least expect it.

While a herniated disc is most common at the level between the fourth and fifth lumbar vertebrae in the lower back, a herniated disc can also occur in the thoracic and cervical spine. When a disc herniates, the soft, jelly-like nucleus of the disc ruptures through the disc's outer layer, allowing this material to leak into the spinal cavity and press on the adjacent spinal nerves.

If you've ever shaved your legs, especially in a wet shower, you're well aware of how difficult it can be. The constant bent-over position can wreak havoc on your back - especially your vertebrae. If you bend down too sharply, or slip while bending, there is a good chance your resulting injury could be a herniated disc.

No, the walks down the bread and cereal aisle won't give you a herniated disc. But, bending to lift all of your groceries out of your cart, into your trunk, and back into your home could certainly do some damage. When we bend at the hips, all of the pressure is placed on our lumbar spine. When you consider the additional weight of the packages we're carrying, the lumbar spine can be carrying more pressure than it can bear.

When too much pressure is placed on the spine, there is a chance it can result in a herniated disc.

Again, this position requires you to bend over, typically at the hips. Bending too quickly or at a wrong angle can irritate your back, especially if you have a preexisting spinal condition. Situations such as this can cause a spinal disc to herniate.

While hula hooping might have been your favorite activity as a kid, your back might not be loving it as much as an adult. "Hula hooping injuries" almost sounds comical, but rest assured, they're a reality that is far from funny and actually not rare at all. Trying to whip that thin hoop of plastic around your waist can result in injuries such as back spasms, slipped discs, and - you guessed - a herniated disc.

A sneeze definitely does not seem dangerous. However, for those that have discs that have been weakened due to wear and tear, they are more prone to herniation. This degeneration can cause the disc to lose its rigidity, during which the sudden force of the sneeze can herniate a disc.

While running does not necessarily cause a herniated disc, it can severely aggravate it. Your discs are the shock absorbers of your back. When you run, you're forcing your discs to absorb an extreme amount of shock in a short amount of time. If you've already experiencing a slipped or bulging disc, this can either cause the disc to herniate or cause severe nerve irritation in the afflicted area.

You might not be able to predict when a herniated disc will strike, but you can take precautions to keep your spine in good health. At ChiroCare of Florida, our experienced doctors will help your spine reach optimal health, such that you can safely and effectively avoid a herniated disc.

And, in the case that a herniated disc does occur, our state of the art treatments will help relieve pain and promote wellness in just a few short visits. Contact us today to schedule an appointment.