What Type of Car Accident is the Most Dangerous? 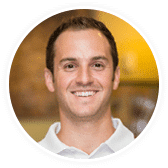 The Insurance Institute for Highway Safety (IIHS) performs crash tests on vehicles in order to determine the safety of each vehicle. The institute also collects data on passenger vehicle occupant fatalities based on crash types.

First, these are the different types of car accidents reported across the nation:

The list does not include accidents with pedestrians and cyclists. Florida is known for being one of the most dangerous states for both groups.

From these types of crashes, many car accident injuries can arise, including:

Based on traffic fatalities, head-on collisions can be considered the most dangerous. Based on injuries, though, rollover accidents may be considered more dangerous. An accident is considered a rollover if it tips onto its side or roof at any time during a crash. According to the IIHS, rollovers occur in only 2% of all crashes based on data they have collected since the institute’s conception, but account for one-third of fatalities. Because of its classification, rollovers can occur after a T-bone or head-on collision.

Any accident, even those at a slow rate of speed, can cause injuries. However, some of these types of accidents can be considered more dangerous and deadly.

Read Full Bio
About the Author:
Dr. Steven Schwartz
Raised in Coral Springs, Florida, Dr. Steven Schwartz is a major advocate for the South Florida community. CEO of ChiroCare of Florida, Dr. Schwartz has grown the group from one facility to 11. Whether he’s treating patients or volunteering for community service, Dr. Schwartz’s long-term goal is to ensure that each and every patient can experience the ChiroCare of Florida difference.
More Posts by Author
Read Full Bio