How Does E-Stim Therapy Work on Back Muscles? 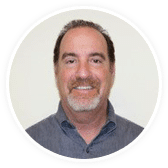 Did you know that approximately 8 out of every 10 Americans will suffer back problems at some point during their lifetimes? While back pain can stem from a variety of sources, one common culprit of back pain is tension, swelling, or damage to the muscles of the back.

Electric stimulation therapy, commonly known as E-stim, is a noninvasive treatment offered throughout ChiroCare of Florida's eleven locations. E-stim has a variety of benefits but is most notable for reducing inflammation, alleviating pain, and helping a tense muscle release the stress its been carrying. If your back muscles have been causing you discomfort lately, it may be time to learn more about E-stim.

What is E-Stim Therapy?

E-stim is short for Electric Stimulation. Developed in the late 1960's, E-stim is a common method of pain management therapy used in chiropractic and physical therapy. E-stim therapy is performed by attaching small electrodes on the skin over the muscle that is in pain. An electrode is a device that conducts electricity.

How Does E-Stim Work?

Once electrodes are placed on the body, they are connected to a machine that releases tiny waves of electricity. These electric waves send small electrical impulses through the electrodes to target the muscle that is experiencing pain. The electric current stimulates the muscle, causing it to contract on command.

As the muscle contracts along with the electrical impulses, it will reach a point of exhaustion. This means that it will finally release the tension it's been carrying, and will relax. This process also helps stimulate blood flow, reducing inflammation around the damaged muscles that could be adding to pain levels.

How Can E-Stim Help Muscles?

Pain in the back muscles can occur for a variety of reasons, but the underlying issue typically deals with the contraction of the muscle. For example, when a muscle feels tense, it's because it is being held in a semi-contracted state for an extended period of time. This can happen because of emotional stress, anxiety, or physical activity.

On the other hand, pulled muscles and strains can cause throbbing, aching, and stabbing pain, as well as muscle spasms, caused by trauma to the muscle itself. The resulting muscles spasms are caused by involuntary contractions of the muscle, often resulting in a cramp that is accompanied by bursts of pain.

E-stim is effective because it mimics the electric signals sent by your brain, which naturally cause your muscles to contract. The electric impulses sent by E-stim cause the muscle to contract repeatedly until it reaches a state of relaxation. For tense muscles, this means that the muscle can finally release from its semi-contracted state. For strained muscles experiencing spasms, it will soothe the area into submission.

How Can E-Stim Alleviate Pain?

E-stim also causes the brain to release the body's natural painkillers - endorphins and enkephalins. As the stimulation causes the brain to release these chemicals, they organically impact our body's perception of pain, lowering pain levels within the body dramatically. Plus, these naturally occurring chemicals do not lead to addiction or dependence, making E-stim an effective and holistic option for pain relief.

When this is combined with the relaxation of the muscle itself, pain in back muscles can be drastically reduced with just one E-stim treatment. If you've been suffering from pain in your back muscles, now is the time to try E-stim therapy.

Make an appointment to experience e-stim therapy at an office near you:

About the Author:
Dr. Les Pachter
Born in Brooklyn, New York, Dr. Les Pachter moved to South Florida with his family at an early age. After attending the University of South Florida, he went on to receive his Doctor of Chiropractic from Life Chiropractic College, and has now been in practice for 28 years. Dr. Pachter is a Certified Chiropractic Sports Physician (CCSP), and is a current member of the Business Network International.
More Posts by Author